We would like to offer our sincere support to anyone coping with grief. Enter your email below for our complimentary daily grief messages. Messages run for up to one year and you can stop at any time. Your email will not be used for any other purpose.

Share a memory
Obituary & Services
Tribute Wall
Read more about the life story of Diane and share your memory.

God took another angel home today. Diane A Stanley has gone on to her heavenly home.

Diane A Stanley was a loving mother, sister, wife, grandmother, caregiver and friend. Diane had a love of people and pets. She was a CNA caregiver most of her life, she had many pets throughout the years which she truly loved and cared for.

Diane was proceeded in death by Edward L Stanley her husband and her parents Patricia and Harry Nusom. Diane Is survived by three sons Edward J Stanley, George and (Nicole) Stanley, and Joseph (Kayla) Stanley, two grandchildren that lived with her, Karen N Young and Joseph B Stanley. Two close grandchildren Zoey Wiley and Domimic Stanley. She loved all her grandchildren but these were closest to her, four sisters, Debbie (Coston) Marler,  Shellie( Gary )Souders , Chrissy (Joe) Campbell , Marge Grihmm and  two brothers Ben Nusom and Joe Nussom

Diane had many friends and a lot of family which she loved and cared for. Diane will be loved and missed by many

To send flowers to the family or plant a tree in memory of Diane A Stanley, please visit our floral store. 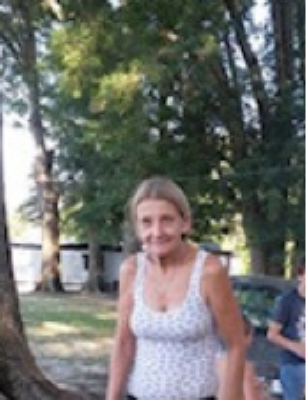 In Loving Memory Of

Look inside to read what others
have shared
Family and friends are coming together online to create a special keepsake. Every memory left on the online obituary will be automatically included in the book.

In Loving Memory Of

Look inside to read what others have shared

Family and friends are coming together online to create a special keepsake. Every memory left on the online obituary will be automatically included in the book.

You can still show your support by sending flowers directly to the family, or by planting a memorial tree in the memory of Diane A Stanley
SHARE OBITUARY
© 2023 Reflection Cremation & Funeral Service. All Rights Reserved. Funeral Home website by CFS & TA | Terms of Use | Privacy Policy | Accessibility